Fire emergencies rank as one of the more common workplace safety threats in residential and office buildings. Fire is not only destructive to property, but it is also highly dangerous for the lives of the people trapped in it. In fact, it is not necessarily the fire that brings the most harm to the occupants, but rather, the smoke, which could travel fast, clog up the hallways, and suffocate the people.
Fire emergencies can happen for any number of reasons, but most of which are avoidable. Through the practice of due diligence and care, the prevention of ignition and spread of fire can mean the difference between life and death.

While people commonly view fire to be just one and the same wherever it may occur, the fact is that there are different classes of it, depending on the type of fuel and amount of electricity present. 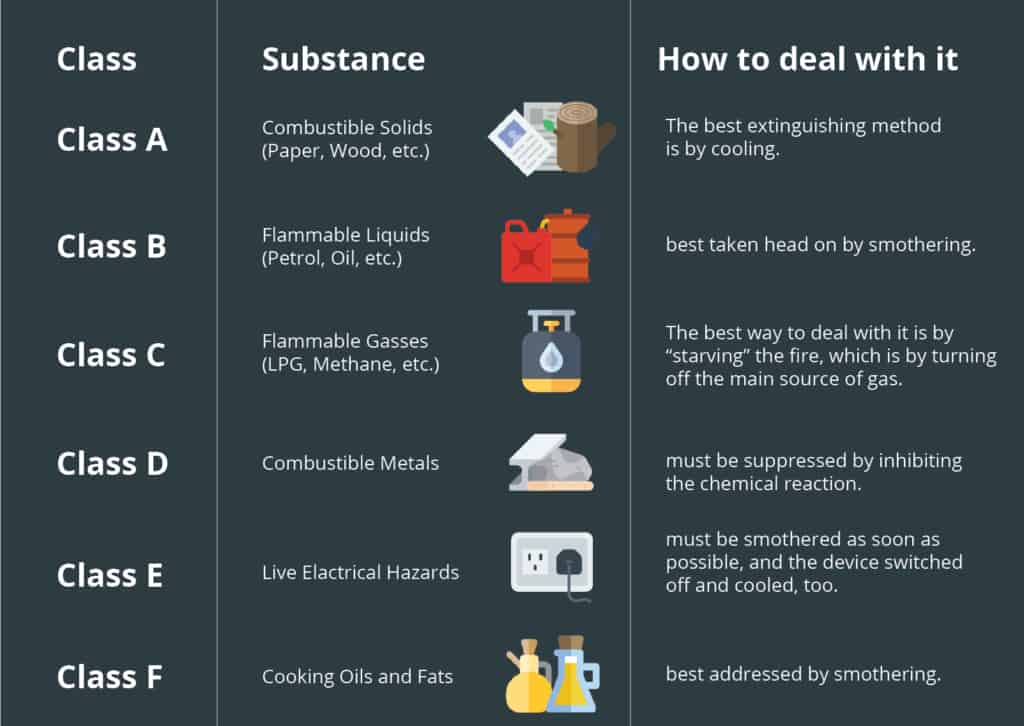 The methods mentioned above are the most ideal modes of containment for the ignition and spread of fire so that it doesn’t do any more damage. Knowledge on containing a fire is important, but it is equally necessary to know how it actually spreads in the first place. Knowing what makes the situation ripe for the fire to travel can help in avoiding that situation for the safety of all concerned.

There may be instances where there are multiple classes of fire in one fire. Take, for example, a car fire where the car is duel fuel (LPG and petrol). In this case, the fire will include solids (the car frame, seats, etc.), flammable liquids (petrol), Flammable gases (LPG), and electrical (12v vehicle electric system). 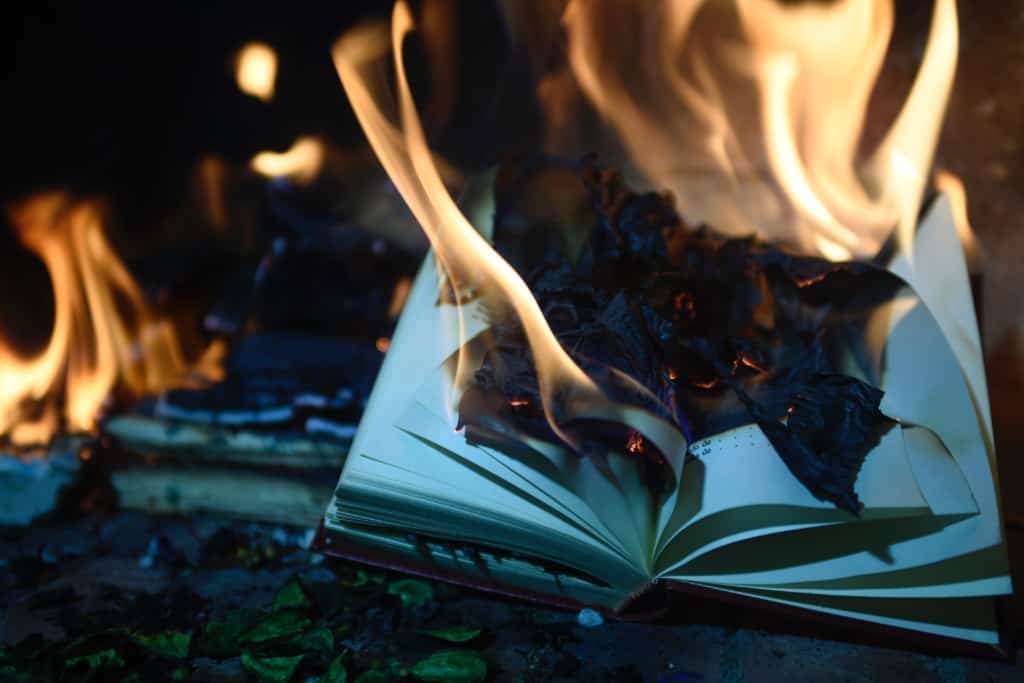 Generally, a fire can spread in four ways via heat transfer. These are through convection, conduction, radiation, and direct burning.

CONVECTION – This is defined as the transmission of heat within a liquid or gas and is due to their difference in density. Heated liquid or gas expands and becomes lighter, thereby becoming displaced by their heavier counterpart. When this happens, oxygen is drawn in, further inciting the chemical chain reactions. The rising gases, meanwhile, go up to fuel the upper floors. In an enclosed setting, such as in a confined office space, the movement of the fire will most likely be forcing the gases lower in height as the heated gases spread along ceilings and walls. Superheating then occurs in the fire, thereby causing it to rise further, but this time, with it are products of incomplete combustion, such as embers.

CONDUCTION – Conduction is the transmission of heat through materials. When there is sufficient heat present, it may be enough to ignite fuel through other objects. Combustible materials, for example, are most susceptible to heat transmissions.

RADIATION – This is the transmission of heat by waves traveling until heat is absorbed by other objects. An example of this would be a bar heater or open fireplace radiating onto a drying rack or curtain.

DIRECT BURNING – This is the simplest way to spread fire: direct application. A lit match can easily burn paper, for example. The more objects the fire gets in contact with, therefore, the bigger the probability that the fire will be able to spread faster. Because of the characteristics of fire, which is very transient and can affect other objects, it makes it very susceptible to spreading. Once it spreads, it can go from one place to another, making it very difficult to control.

When there is sufficient heat present, it may be enough to ignite fuel through other objects.

Another thing that must be noted when it comes to fire is that it has that which is called the flashpoint. This is the lowest temperature at which enough vapour is given off to produce a flammable mixture with air. This will then cause a momentary flash upon application of the flame, although it will not necessarily continue to burn. If the liquid temperature is below the flashpoint, then the vapour will not ignite. 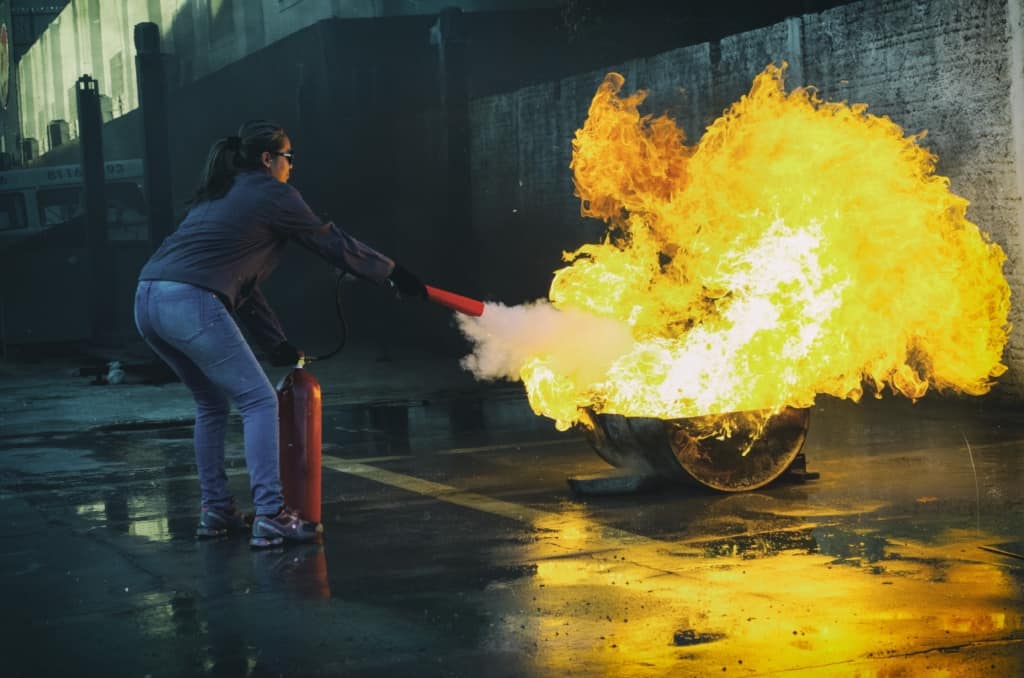 With the many possible ways for the ignition and spread of fire, it is all the more important that proper techniques and methods are taught to building occupants so that they may implement it to contain fire. The sooner that an attempt to quell it is made, the bigger the chances fire won’t spread and get bigger. Briefly, here are four extinguishing methods that could prove to be a lot of help in avoiding a fire disaster:

Cooling – Reduction of the fuel temperature until it is below the ignition point, i.e. watering the fuel to cool it.

Smothering – Using a blanket or other similar device to smother the fuel so that all or part of the oxygen is removed from the fuel area.

Starving – Removing the source of the combustible material, such as turning off the gas cylinder.

Inhibiting – Applying a chemical agent, such as a fire retardant chemical, to stop the fire’s reaction process.

With the many possible ways for a fire to spread, it is all the more important that proper techniques and methods are taught for people to contain the fire.

When attempting to extinguish a fire, remember though that sometimes the fire is just too big, and spreads too fast, such that taking on these measures are only going to make it even more dangerous for the responders. In this case, the next best thing is to make sure that everyone is removed from the proximate area of the emergency, and that they are safe not only from the fire but also from the dangers of possible smoke inhalation.

Need help with emergency planning? Contact our experts for a FREE consultation! Let’s help you achieve 100% compliance and empower you to save lives.

About the Author: EvacServices Team

Send me a message